Armenia was the first country in the world to adopt Christianity as its state religion more than 1,700 years ago. As a result the country is scattered with stunning churches and ancient, atmospheric monasteries on every hilltop, grassy plain and city street.

Despite the Soviet Union’s determined efforts to suppress Christianity in the country (closing all but one church for the best part of seven decades ), the Armenian’s devotion appears to have bounced back stronger than ever.

The priests, dressed in grand black robes, chant and pray in the old Armenian language during Sunday services, leaving many of the congregation in tbe dark.

“Often we wonder if they make up stories,” our guide joked, adding that most people can not understand everything.

But nevertheless, the church is a special place to most Armenians and as we stepped into the old, sparsely decorated buildings, often lit by just a single shaft of light from the sky, I could understand why. Armenia is also home to the world’s oldest state built church, which was constructed from 301-303, and remains in surprisingly good condition today.

So without any further chatter, I shall let you enjoy our church pics. I have thrown them all into black and white and played around with the contrast on this occasion, to emphasise the dark, antique-like atmoshphere of Armenian churches. 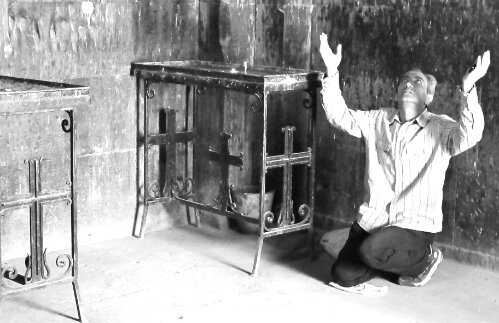 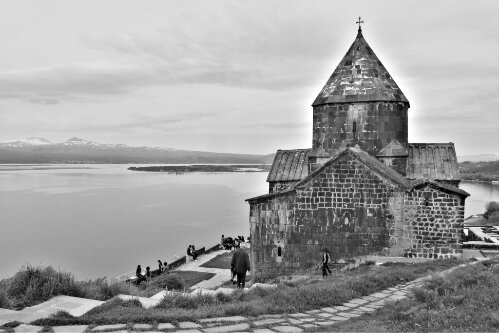 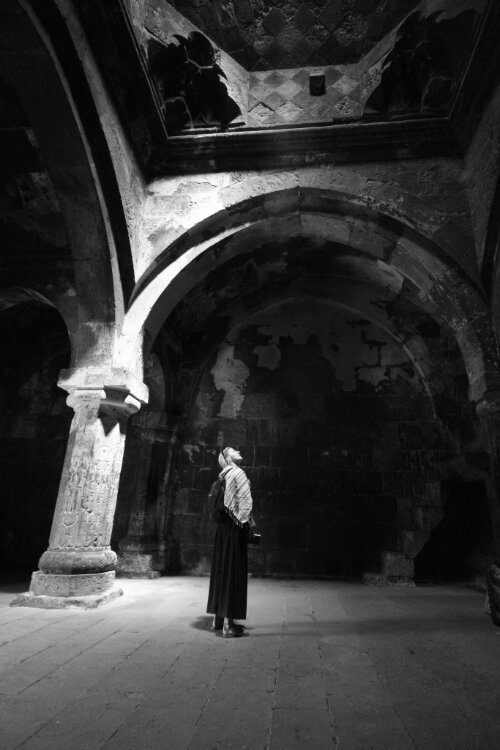 Me gazing into the ray of light inside Sevanavank Monastery, on Lake Sevan. 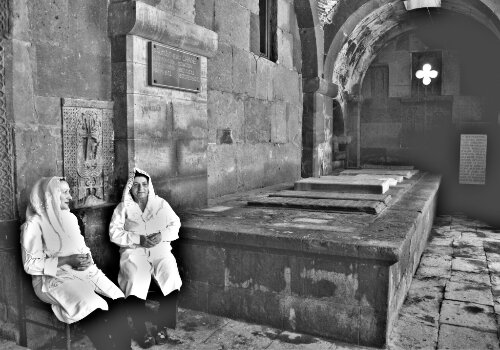 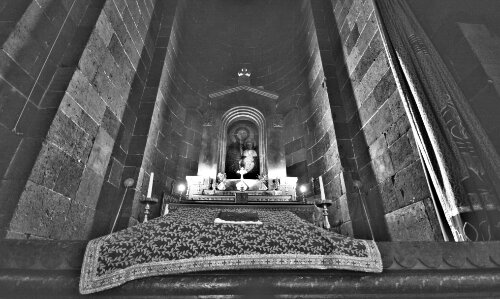 Inside St Hripsimeh Church, where a nun by the same name lies after being killed by an Armenian king because she would not marry him. 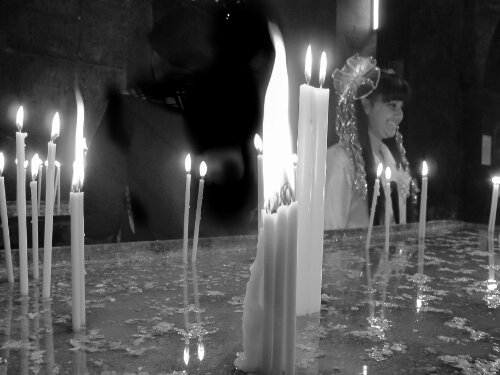 A girl looks into a tray of candles, sitting in water, lit in memory of loved ones 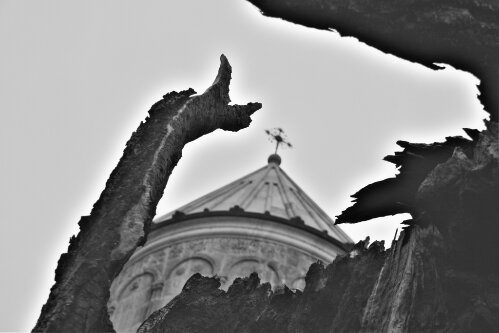 The roof top of Haghartsin Monastery through the 'lucky' tree stump beside it. 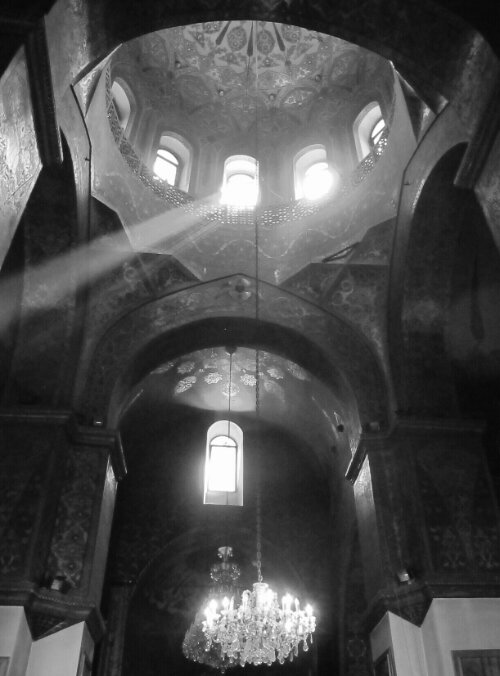 Inside the county's oldest church, the 'mother cathedral', at Echmiadzin, Armenia 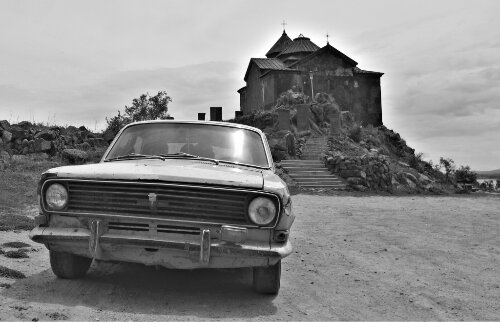 One of rmenia's beautiful, old battered cars, in front of Hayravank Monastery near Lake Sevan 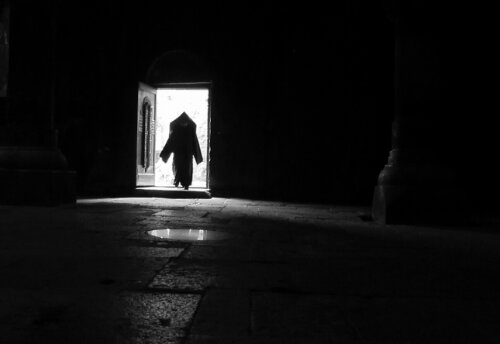 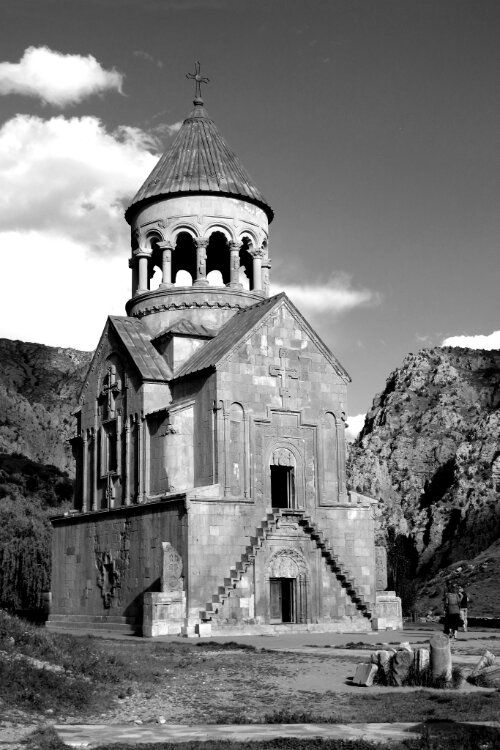 Churches and monasteries can be seen all over Armenia, but one of the best ways to see a good selection if you don’t have much time is to take day tours from Yerevan. We stayed at the Envoy Hostel in Yerevan, which runs fantastic trips from the city, taking in all of the highlights above. The tours are led by the hostel’s manager Arpine Yesayan, who is excellent and gave us a fantastic insight into Armenian culture and spirit as well as the fascinating history of the churches pictured here. It was so good that we signed up to a second tour there.