The best thing about having a blog that has not ‘made it’ is that I can tell you all about the finest undiscovered secrets of the planet without worrying that I am spilling the beans to the world and his dog. This is not a cry for sympathy – I am quite happy with this site largely being a diary for the future me who cannot even remember what she had for breakfast let alone some far flung trip in south-east Asia 40 years ago.

I hope you’re still around and sporting some kind of hideous short blue-rinsed perm number (this is the time to do everything you were too vain to do before, remember?).  I always had the feeling you would get weirder and wackier as you got older – you know, smoking cigars while lying in a hammock that you’ve tied up at junction 12 on the A1 – that sort of thing.

Well anyway, I’m here to take you back to the past. That’s right, pour yourself a stiff gin and read on.

A long, long time ago in 2013 you discovered Paradise, It was an island off the south-east coast of Vietnam called Phu Quoc but I fear it would be a very different picture today.

You were with your wonderful friend Tanya (yes, the posh one who you now go to Tweed Anonymous suppers with). Back then Tanya’s silver mane was thick and glossy, in a rich brown shade. Those were the days.

There were the usual mishaps at the airport in Saigon – Tanya packed and unpacked her bag in the departure hall about three times before finally checking it in and you were accused by customs of smuggling fish sauce out of the country; but somehow you made it there  alright.

The flight to Phu Quoc from Saigon took just under an hour, the air hostesses wore cute little red t-shirts and tweed culottes that amused the pair of you – and you even managed to fit in a tub of steaming super noodles in the 10 minutes when seat belts were allowed off and the food trolley whizzed through the aisle.

During the 10-minute taxi journey from the airport to the beach you marvelled at how undeveloped the island felt, full of luscious jungle-like foliage and hardly a building in sight.

And then finally the car turned down a little un-made path that led you to the beach. And wow, what a beach. The wide strip of rich, yellow sand met the clearest, calm water that you had ever seen. The water was crystal clear, there was not a wave in sight and you wanted to throw a big stone in the water to just check it was all real. Meanwhile, slightly wild and ravaged palm trees lined the coast, adding to the Bounty-advert feeling. 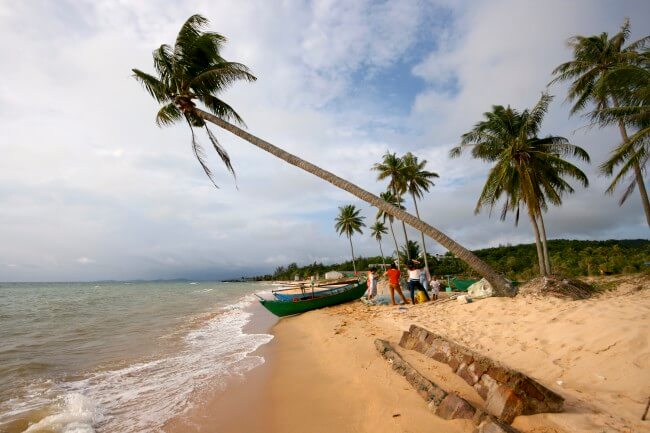 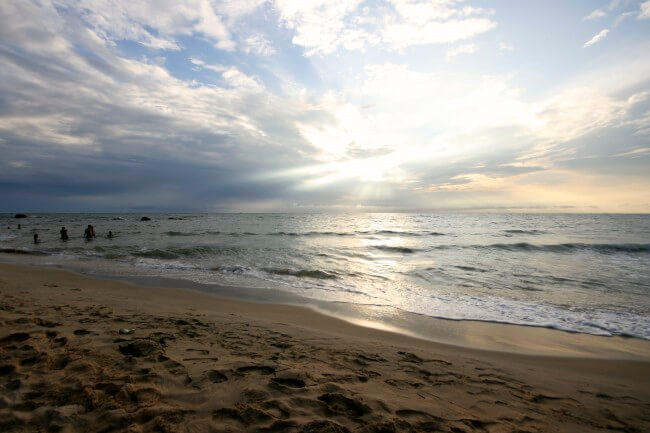 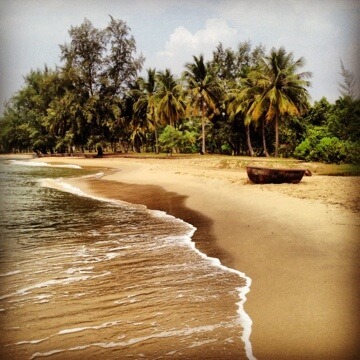 It was beautiful. Cute bungalows and low-rise cottages lined the beach with makeshift restaurants (aka tables and chairs) out the front, where you would sit for hours munching on the freshest seafood and strongest gins with your bare feet in the sand. In the evenings lanterns softly illuminated the ‘restaurants’, making it all the more perfect. 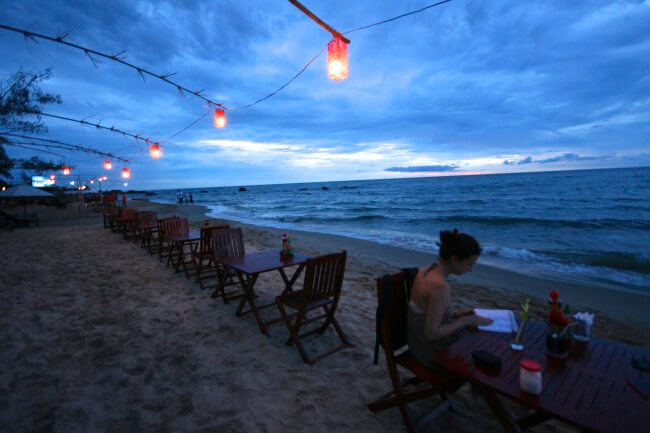 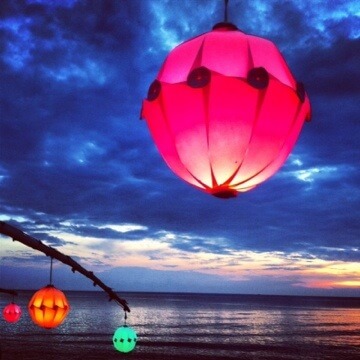 A short stroll north of the main beach (Long Beach) would take you to the middle of nowhere, the edge of the ocean, somebody’s back garden and you watched naked children play in Paradise so blissfully unaware that the rest of the world does not look like this.

But then one day you headed south and Tanya got to swim with mermaids and dolphins. It was the moment she had been waiting for. It was beautiful. 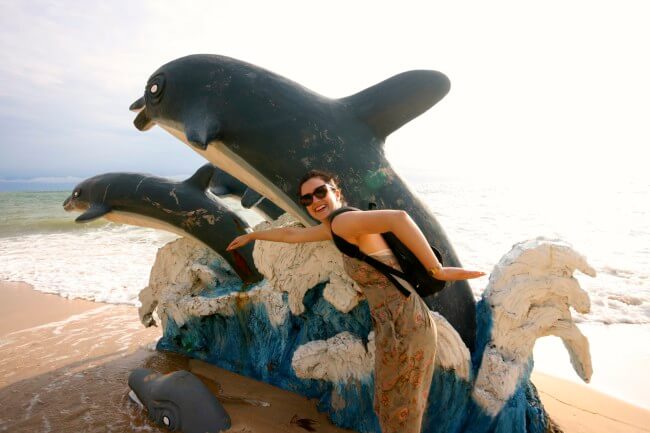 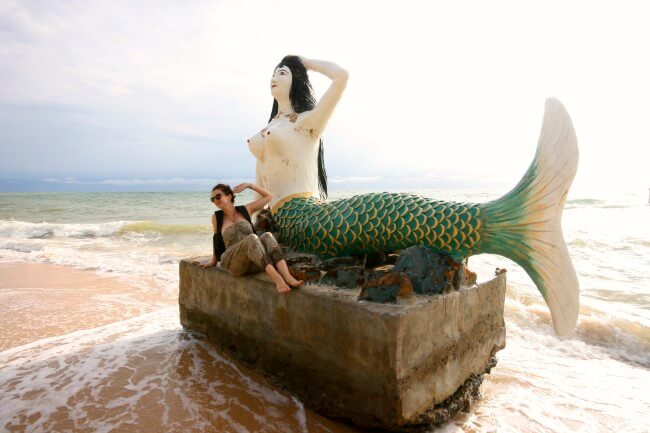 So if you are sitting there now looking at your blotchy white, wrinkly old skin and have access to the internet (or whatever its called these days), get yourself a one-way ticked to Phu Quoc, perve at the young backpackers and stay at a little place called Phuong Binh.

PS Buy a couple of tweed bikinis and take Tanya too. She’s missing the Mermaids.