As we hastily packed our bags* in a dorm room in Budapest, a balding, middle aged man from the opposite bunk enquired where we were off to next.

‘Bucharest,’ I replied, trying to shove two backpacks worth of toiletries into the top of my rucksack.

He slowly sucked in his breath through his yellowing teeth and gave us a knowing look. He had some advice for us: ‘Be careful of the Romanians, watch your bags closely,’ he said, before adding in a brighter and more positive tone: ‘But they do have hookers. They are very cheap.’

Hard to know how to respond to such advice, but fortunately time was not on our side as we had a train to catch. So, it was with that newly formed preconception of Romania’s capital, that we boarded the sleeper train to Bucharest. The Lonely Planet’s description that travellers often ‘depart shell shocked’ was also less than encouraging, and the Romanian in our carriage did his best to convince us to go anywhere and everywhere in his home country… except Bucharest.

But nevertheless, 17 hours later, looking almost as dishevelled as the city itself, we stepped off the train – to be greeted by stray dogs and a ferocious looking ticket woman who begrudgingly booked us onto the next train to Istanbul. In the meantime, we had 24 hours to explore the city.

It felt a bit like seeing your elderly grandparents surrounded by pictures of their younger selves… you can see how good they once looked and you know they didn’t always need a walking stick – but somehow you can’t really imagine it. Bucharest is exactly that. Beautiful, grand old buildings are now chipped and crumbling while once-glinting domed roofs are brown and rusty. Scattered among such shabby chic architecture stand the bland, concrete towers of the Soviet era. 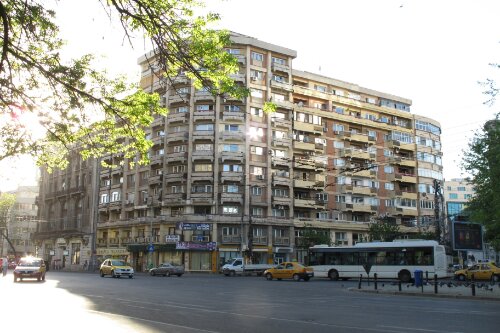 The city is a picture of faded grandeur but just when you think you’re beginning to suss it out, Bucharest throws a curveball at you. Like the moment we turned a corner to discover a huge, tree lined boulevard that is six metres longer than Paris’s very fine Champs Elysees, with a huge, imposing palace-like building at the far end. 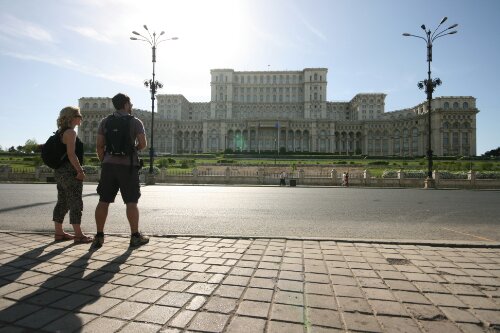 The Mongoose and I look onto the huge Palace of Parliament, the brain child of Comunist dictator Nicolae Ceausescu, which was never finished.

And then just 20 minutes later we found ourselves on the cobbled, continental streets of the old town, where tables line the pavements and hundreds of people spend afternoons and evenings wining and dining into the early hours.

Irish pubs, Italian restaurants and bars that would not be out of place in Ibiza are hustling and buslting, as if waiting for European stag dos to discover them. One Glazweigan pub even displayed a banner claiming, ‘We proudly welcome heavy drinkers’. 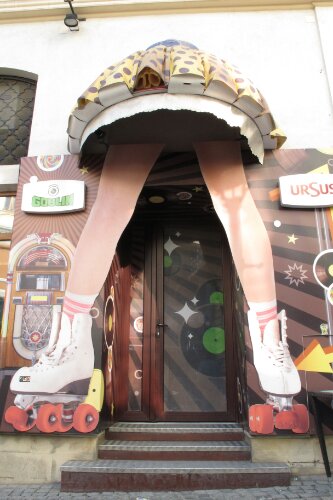 Oddities at every corner

But just when we started warming to this strange city, which often seems completely at odds with itself, I saw that man in the hostel again… grinning and rubbing his thighs. Because sex tourism is clearly a well-cornered market here after all. 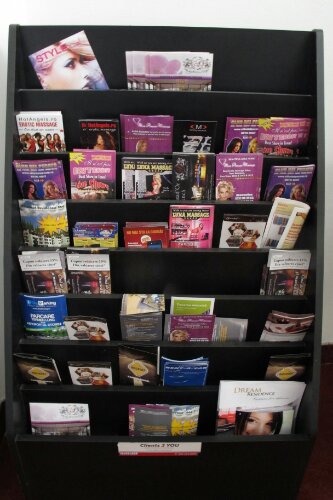 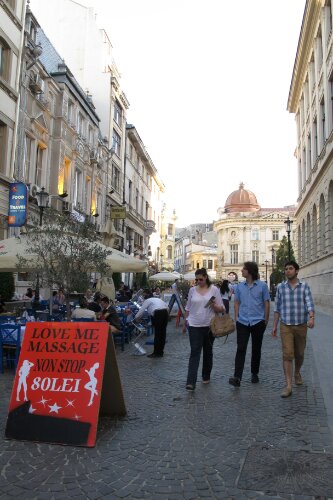 So when my good friend rang me just after we had bid farewell to the city and asked, ‘So what is Bucharest like?’ I found myself stumbling over my words, unsure of exactly how to define the city… or what I thought of it. Is the architecture stunning or tragic? Is the vibe upbeat or desperate? Are the people happy or sad? Is it stuck in the past or looking to the future? I certainly didn’t leave shell shocked but I did depart feeling somewhat mystified by a city that still seems to be working out its own identity.

*We might have been packing our bags hastily because I may have developed an unfortunate habit of making up train times, which are actually completely wrong and only realised about half an hour before the actual time. This might have happened on more than one occasion.