Almost every traveller has a story about monkeys. And it took Matty just a few seconds after stepping into the Monkey Forest in Ubud to tell me his fable.

‘We were in Agra in India,’ he said, eyes wide with fear, taking in the monkeys around him. (Monkey Forest is, quite simply, a forest full of monkeys set around three old majestic temples.)

‘We’d checked into a cheap room, it was upstairs.’

His sentences were slightly disjointed, as he broke off to take 360 degree turns, assessing the threat levels around him.

‘I woke up early,’ he continued.

‘It was dawn and I went out onto the balcony for some fresh air.

‘Suddenly, out of nowhere this huge monkey just threw itself at me and went…’

At this point he screwed his face up into a hideous mess and uttered a fierce, guttural growl.

He added: ‘I tried to beat it off and just ran, but it clung on and dragged its claws down my back. It was terrifying.

‘At night they would rattle at the bars of our door. Trying to get in.

‘We had been given a stick as well as a key when we checked in. Only then did I realise the stick was to beat off the monkeys.’

A strange ending I thought, I wasn’t sure if he was most upset about the clawing or the guesthouse’s failure to adequately highlight the stick’s purpose.

Nevertheless we had just paid 20,000 Indonesian Rupiahs (about £1.70) each to go into Bali’s most notorious monkey forest. We were going in.

Matty was a little resentful at first and as I started snapping, he muttered: ‘I don’t even want any pictures of these buggers’, or something along those lines. But he soon joined in and was soon staring right at the strange, unnervingly human like creatures, thought the barrel of the lens.

Here’s a few of our favourites, enjoy! 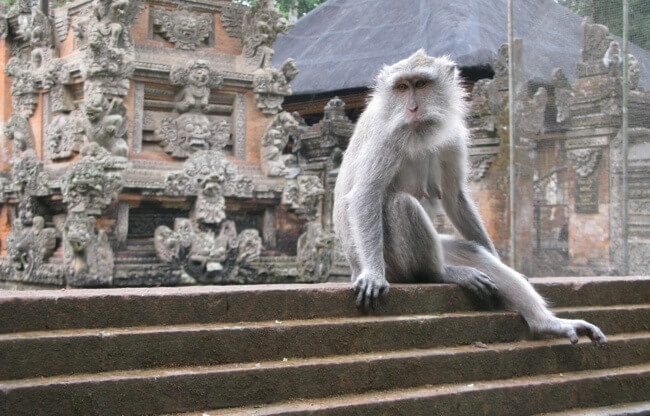 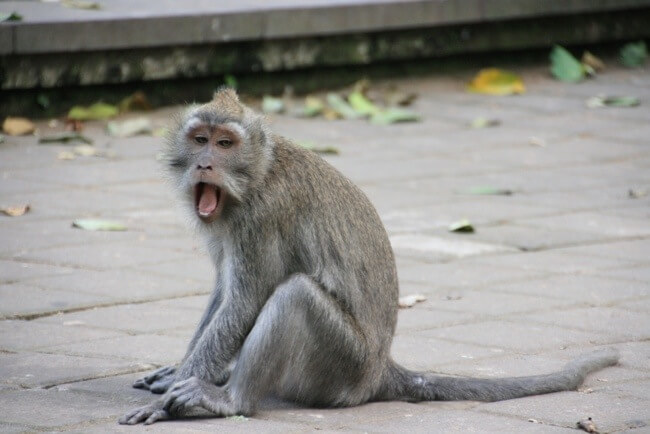 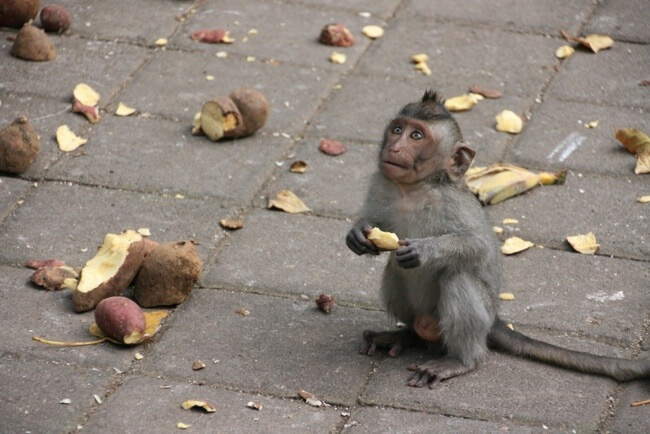 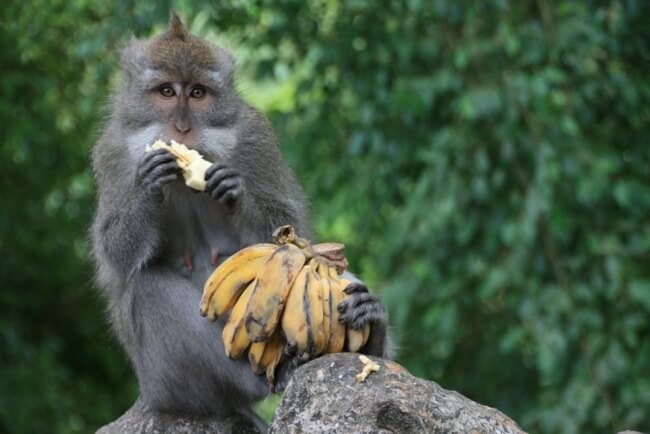