1) So that The Mongoose could do his finest Borat impressions and cry: “It’s nice, I like,” at all key attractions.
2) So that I could cry: “Oh Matty, in Almaty!”
3) For a slice of ‘normality’ (aka European shops, cafes and restaurants).

And we were not disappointed. From the moment we crossed the border from Kyrgyzstan into Kazakhstan The Mongoose was living the Borat dream, I was crying: “Take Matty to Almaty,” at random taxi drivers, and Matty, meanwhile, demanded that we went straight to the pub to make it all a bit more bearable.

What we were not expecting however, and what our guide book completely failed to warn us of, was the hideous Soviet monstrosities at every corner. After spending more than three months travelling the ‘stans of the former USSR, I have to say that I think Almaty may have just come out with the rawest deal.

It is a sprawl of concrete tower blocks, low-rise linear patterned buildings and ugly mistakes. In saying that, many of them spill out onto the pavements as restaurants and bars offering the finest cuisine and nightlife we’ve seen since Budapest. It was both ugly and beautiful – and very expensive.

So without further ado, here’s a sample of the city’s architecture. 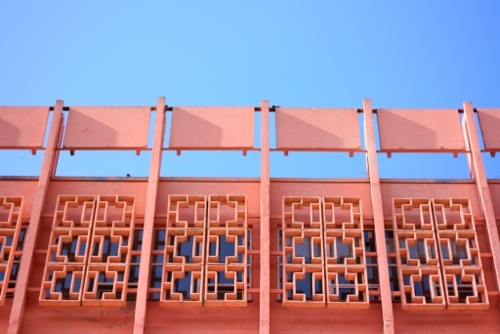 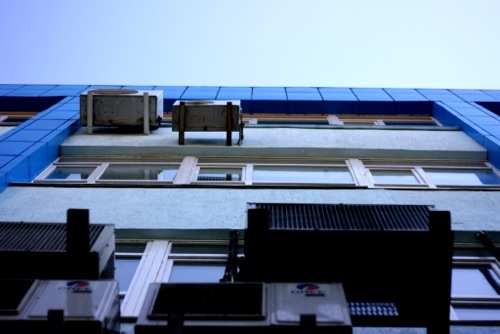 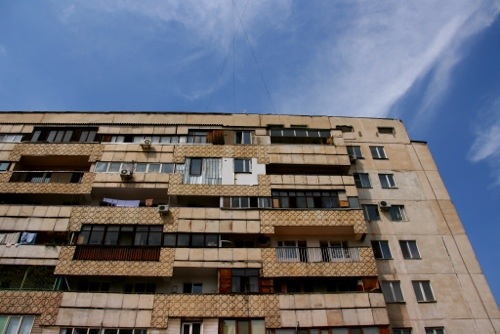 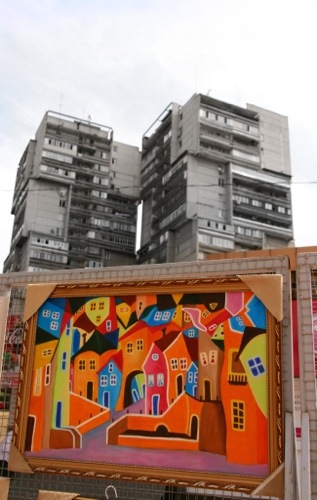 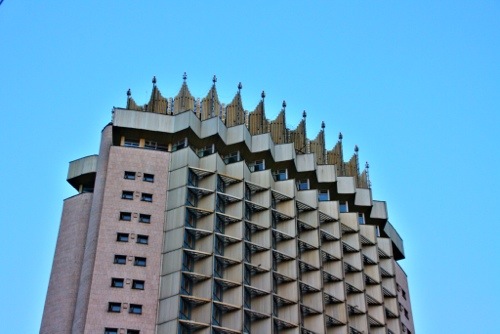 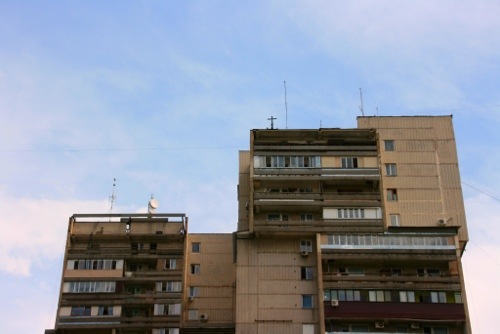 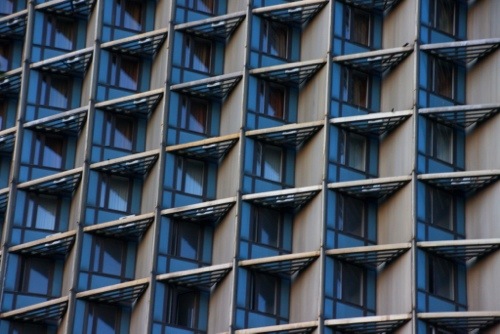 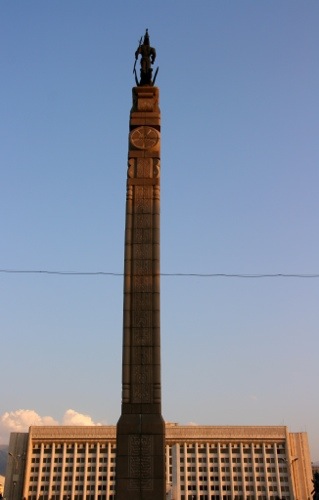 But if Soviet architecture is not your thing, here’s a few snaps of the boys to, ahem, inspire you. What do you think of Soviet architecture? Love it or loathe it?

Where to stay in Almaty?

We stayed at the brand new Almaty Backpackers, which was wonderfully clean with great facilities -it had a nice spacious kitchen for guests to use, and good sized dorms with en suite bathrooms (with great showers).

On the other hand we got a knock on the door from the manager at 11pm on the second night asking for money and telling us to go to the cashpoint as we didn’t have any on us! I’ll put this down to not yet having a payment system (either asking for money beforehand or at the end of the stay) and hopefully not something that will continue.

Rooms cost 13 Euro per night per person. The address is: 46A Markova Street.

How to get about in Almaty?
Taxis are extraordinarily expensive for Central Asia – expect to pay 1,000 Tenge for an inner city journey. Your best bet is to wave down random cars (expect to pay 500) or use the city’s good bus network.