I’ve never been a great ‘spotter’. From failing to read the blackboard at school to desperately trying to see a leopard, which had taken a deer up into the trees to eat, on safari in Sri Lanka; I’ve just not had much luck. Everyone else in the jeep was squealing as the leopard devoured its poor prey in the trees while I scanned leaf after leaf with the binoculars trying to find the camouflaged beast.

And so it was with some trepidation I embarked on a whale-spotting tour off the coast of Puerto Lopez in Ecuador. Despite having been told by fellow travellers that the whales were everywhere I couldn’t help but think I would be the one crying ‘whale’ at a big wave or speeding boat. It’s just how my eyes seem to work.

We piled onto a small boat and whizzed across the sea towards Isla de la Plata, where the whales are said to gather, and spent the whole time squinting over the waves, trying to see something black and moving. I might have shouted ‘whale’ at a passing bird at one point but then suddenly something huge, black and shiny appeared right by our side. Even I couldn’t get it wrong – a mother and her baby were swimming right beside our boat.

Together the humpbacks glided through the water, their huge but surprisingly graceful moves completely synchronised, as they disappeared underwater before resurfacing a few moments later. It was completely mesmerising. We followed them for a while before spotting others in the distance.

The captain allowed us to climb onto the top of the boat as we made our way to the other whales, giving us the perfect 360 degrees view. As we approached the new whales we could see they were playing and slapping their giant fins against the water. Then they gave us the show we hadn’t dared hope for as they breached out of the water – their entire bodies coming out of the sea before falling back in just seconds later.

While I was too busy clapping my hands and squealing in excitement – and generally having a ‘whaley’ good time (groan), Matty was doing a rather wonderful job at taking some photos. Enjoy x 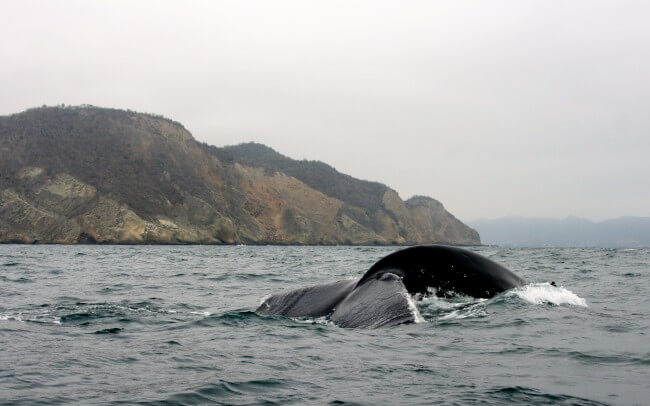 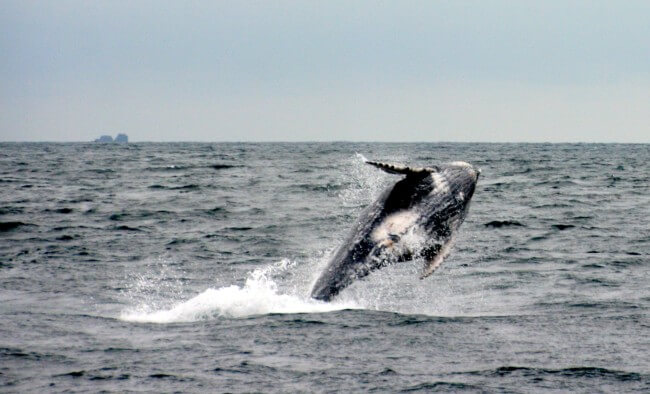 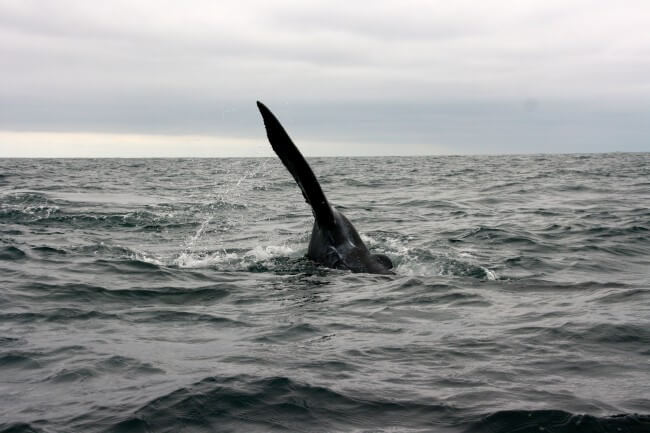 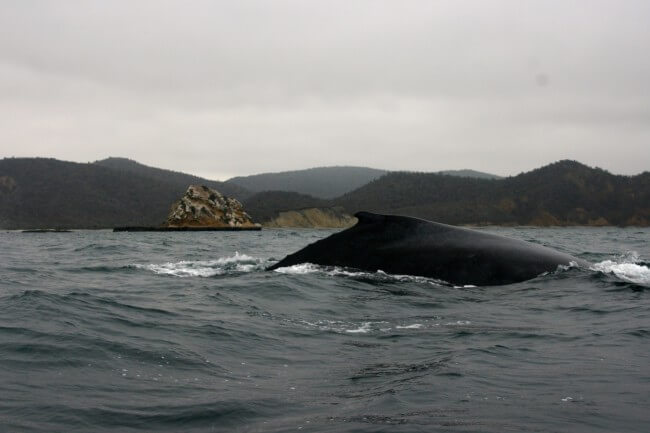 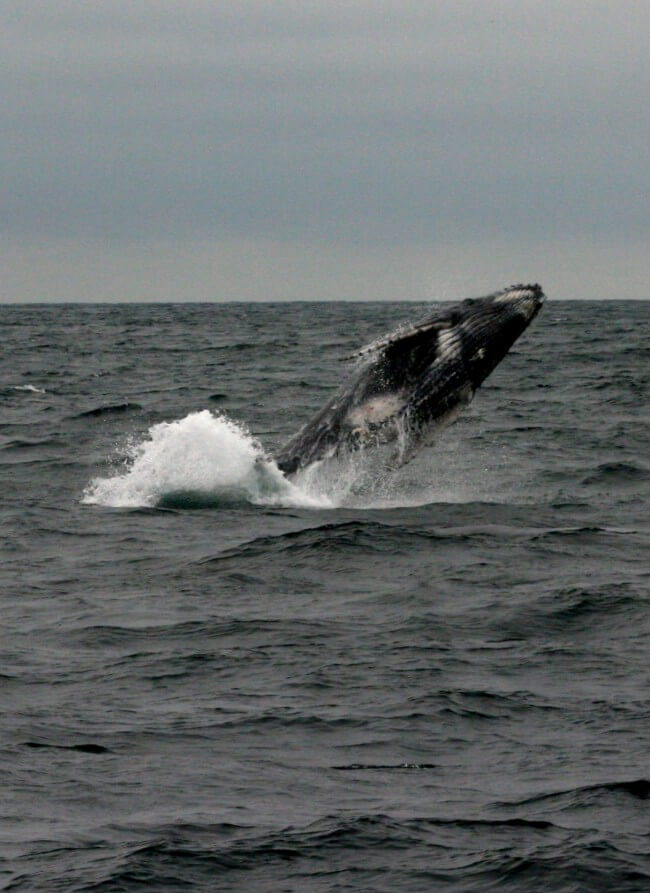 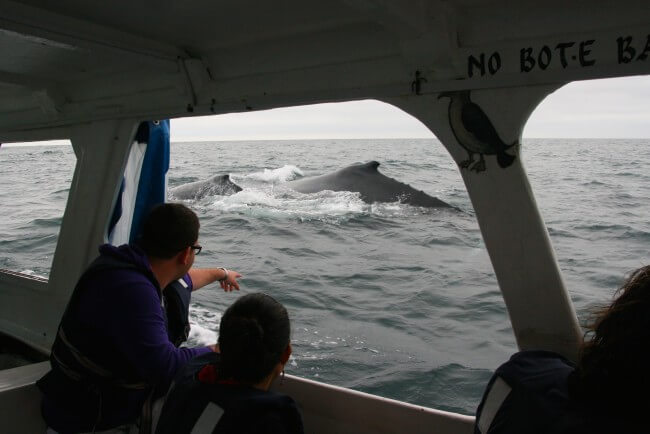